Those on the right to a good job of pointing out that gun control does not reduce gun deaths.  See: Chicago 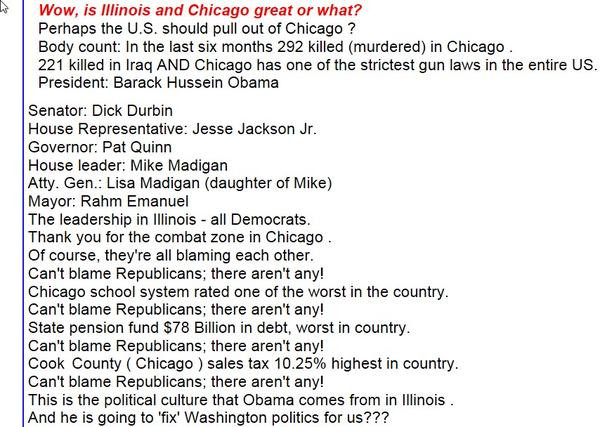 But they don't do a good job of pointing out how bad democrats' economic ideas are.  If democrats had good economic ideas, then Detroit would still be one of the great cities of the world.  Like it was before the democrats took it over.

While talking to democrats we should make the point, much more often, that if the democrats' polices resulted in good things, then Detroit would still be a great city.

Can you point to a city that went from one of the greatest in the world to a scum-hole after fifty years of near total republican politics?

When someone calls our economic situation caused by the free market, then let them know that the Federal Reserve determines monetary policy and interest rates.  How can we have a free market if a government entity controls money supply and finances?
Posted by Tim at 8:00 AM

Learn to do Stuff